Corridors of power: the EGBA looks ahead to the future of European gambling legislation

In the second of this two-part series, EGR Compliance gazes into the crystal ball of European Union gambling regulation with European Gaming and Betting Association secretary general Maarten Haijer.

Egaming and sports betting operators have long played an active voice in the determination of regulations across the various jurisdictions that they operate in, be it by responding to regulatory consultations, lobbying efforts and advocacy. However, the line has always been drawn between those wishing to influence change and those with the power to make that change possible.

As we have found in the first part of EGR Compliance’s interview with European Gaming and Betting Association secretary general Maarten Haijer, lobbying and advocacy can be an all-encompassing activity for trade bodies and operators alike. The chance to draw up your own regulations and have them be followed at a European Union level is one that would be a dream for most advocacy bodies.

In this second part of his interview, Haijer outlines his dream for European regulation and how a new generation of European politicians might help him finally achieve it. 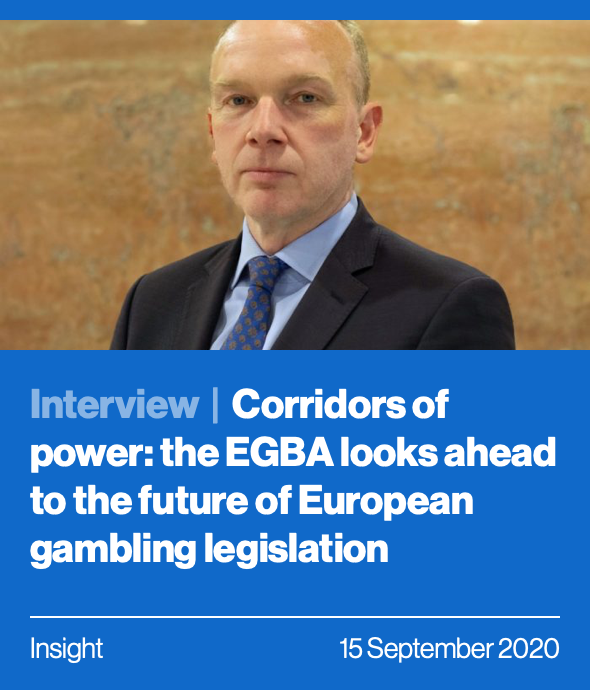 EGR Compliance: If you had your way and you had this pan-European piece of legislation for the online gambling market, what would be the fundamental requirements of it?

Maarten Haijer (MH): I think we need to keep it realistic in terms of any kind of wish list that we would have. We will be looking at some sector specific regulation, something catering for our online gambling sector rather than something that’s more like, let’s say, selling books online.

In terms of licences, that will be like the passporting regimes that exist for financial services, some sort of mutual recognition of licences based on mutual trust. Obviously, consumer protection will be a prerequisite to European regulation as well as consumer protection rules. Clearly that can’t be a race to the bottom. I think we’re now looking at more and more emphasis on the care of duty in lots of new regulations. So that would be part of the European regulation as well. And then thirdly, a major concern of member states is tax and tax revenue. And I think while the regulation can be European, tax revenue should remain the responsibility of individual countries. So, tax revenue would be going still like it is now to national ministers of finance and will not go to the European budget. So, I think these are the three main elements.

EGR Compliance: Why do you think this pan-European legislative framework has not been developed up to this point? Is there any one fact that may be holding it up or is it just a lack of appetite?

MH: Well, no, lack of appetite is a short answer. I think the bigger picture answer on this was that gambling has been such a large part of national conscience and national regulation. In most countries there are long established lotteries and monopolies, so the step up towards licensed online gambling has been quite a significant development already for a lot of countries, not least in acknowledging that it is better to regulate than try to prohibit it. Sometimes people tend to forget online gambling is only about 10-15 years old and, with relatively short notice, a lot of good regulation has already come into place across European countries. The legacy of that is that European regulation seems to be further away for our sector in terms of a reference point and for other sectors. But it’s an inherently cross-border sector and you can’t regulate it on a purely national level.

I think it’s the legacy of the way that especially lotteries were organised previously that still lingers in the political and regulatory mind. At the same time, those who now have experience of online gambling regulation,you cannot speak to a regulator and say that this is a pure national non-cross border sector. There are many learnings from starting with sharing best practices between regulators to regulators potentially doing stuff jointly. Standardisation would be a good start. I’m sure something will change but the question is when will it change? That’s the bigger question.

EGR Compliance: Is the EU becoming more or less receptive towards online gambling operators in terms of European regulations?

MH: Because there’s still a national regulation focus, who can make a difference is the European Commission because they have the sole authority to propose European legislation. So, the bottleneck is with the European Commission. In general, our sector is not perceived very well at a national level. If you see the developments in the UK, Italy, even some of the discussions in Denmark or the advertising ban in Spain, I think there’s a lot of pressure on the sector right now. 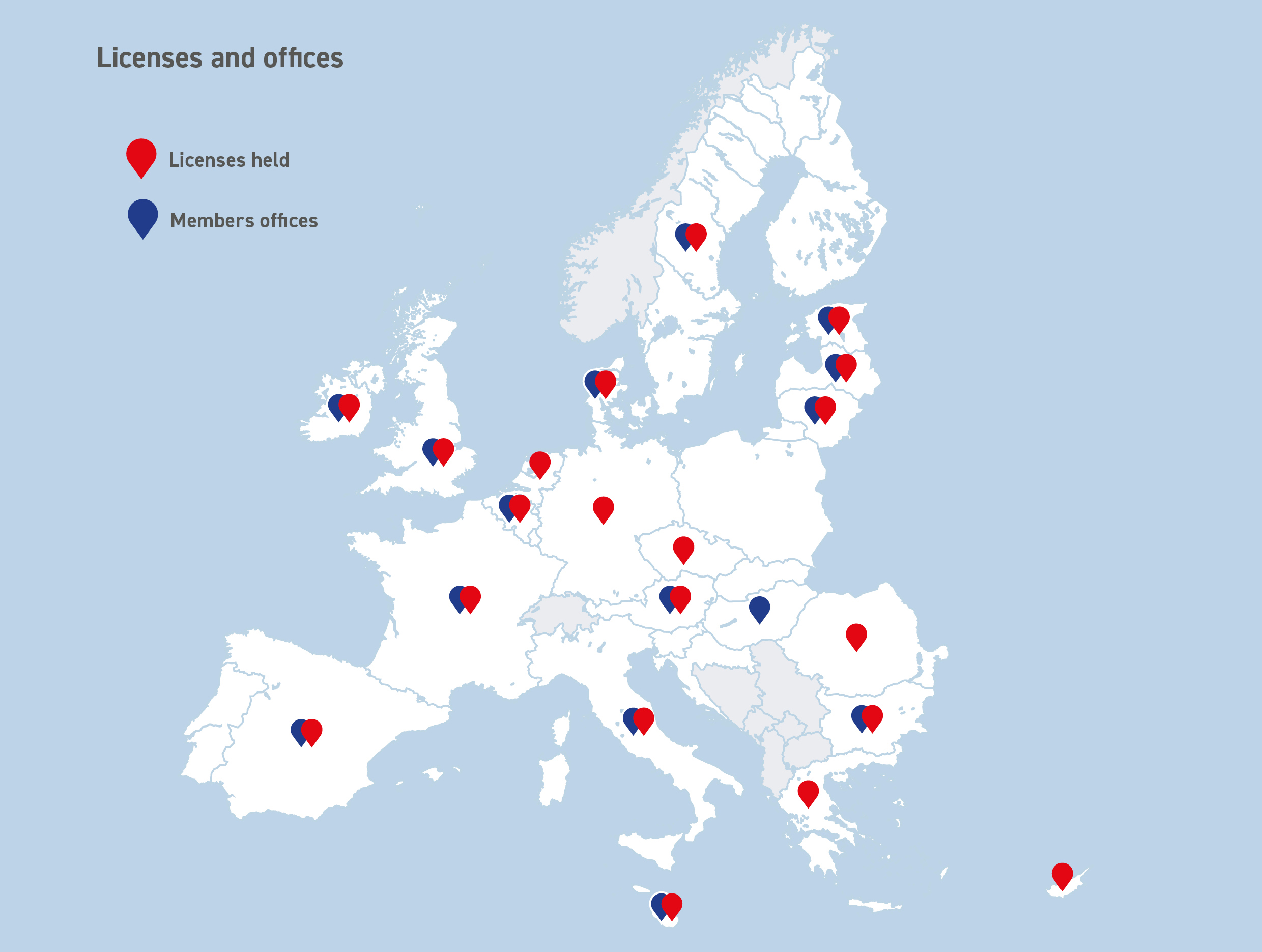 The EGBA’s membership and offices are spread across the EU

Regardless of whether it’s European or national, we’re not in a very good place. Partly that’s due to factors we can’t really control but partly also since we as an industry have not really stepped up to the plate, we have not been well organised. But we’ve also not done a lot to be seen to be responsible and sustainable and go beyond just merely trying to comply with whatever the specific minimum rules are.

EGR Compliance: Does the European Union need to do more to encourage a cross-border system of gambling regulation?

MH: Yes, but I think we should not forget that there already is a whole lot of horizontal European law that’s applicable to us and to our sector. So, you have anti-money laundering legislation, obviously GDPR, unfair commercial practices. There’s also company law, advertising rules, also the audio-visual media services directive,which is important for TV transmissions. There is substantial and important legislation that is applicable to us and we lobby on those things as well. For instance, there is now talk of changing the enforcement of AML standards because we have a new AML directive that has not existed for very long (the fifth directive) and already there’s a lot of criticism and a lack of experience in terms of enforcement. For example, look at the discussions surrounding Danske Bank and other wider discussions. The European Commission is probably looking at making a new proposal where enforcement will be changed and reinforced and maybe some of the content as well. So, we will be following this issue really closely for our members. But on the way that the online gambling market is organised, that’s still predominantly regulated by national law.

Europe says very little on a specific gambling framework being applicable throughout Europe, except for the treaty recommendation. We think there is a need for Europe to do much more than they do currently, specifically for online gambling. For instance, now this Commission places the digital markets as a priority for consumers.It makes no sense in providing more European protection for people to buy books online but then to say no for online gambling and completely leave to national law something that’s inherently cross border like online gambling. That’s important for our members but also for Europe as a whole as well, because it’s much easier and probably more efficient and effective to comply with one set of rules than with 27/28 different sets of rules. So,we do think it’s really important but it’s not a priority.

If you speak to a national government or you speak to European institutions, no one will say gambling in general or online gambling is a political priority. Tax revenue goes to member states, obviously. There’s still education to be done by us to convince the Commission that they need to step it up. But interestingly we do see that in the European parliament there’s a lot more attention for the topic. With a much younger set of parliamentarians now that have come in since the elections last year, they are much more in tune with the digital reality.Therefore, with digital things like online gambling, they are clearly much less afraid of the topic than previous generations. But we see with the Commission there is still some sort of reluctance to get involved in online gambling regulation. But interestingly in the parliament, there is an understanding now that this is a topic that you can and should do more on at European level than is currently done.

EGR Compliance: How are you working to educate these new individuals that have come into the European parliament?

MH: They are elected to the European parliament, but they obviously represent a specific member state. Most of them, whether they’re Dutch, Italian, Danish or Swedish, are all politically interested. So, many of them are aware that it is an ongoing discussion about regulating the online gambling market, like in the Netherlands or it has been done recently like in Sweden. Or they’re very much aware that online gambling exists because of the advertising rules that exist in Spain or Italy previously or discussions in Germany. So, we don’t need to really educate them about the existence of online gambling anymore. It’s more about presenting EGBA, what we stand for and the industry data that we have, as well as what’s being done in other countries in terms of regulations and how it works in Europe.

We think there is an alignment of interest between the sector and consumers because the consumer will be better protected if there’s one set of rules. For the sector as well because there are much less compliance costs and compliance risks with one set of rules rather than 27 or 28. You’re more likely to make a mistake unintentionally with 27 sets of rules than one. So, the compliance risk becomes much less as well. Tax revenue,we say, needs to stay with member states as it is now so ministers of finance won’t lose out either. We continue to educate and try to convince them that more work can and should be done.

This interview article was published in EGR Compliance on 15 September 2020. 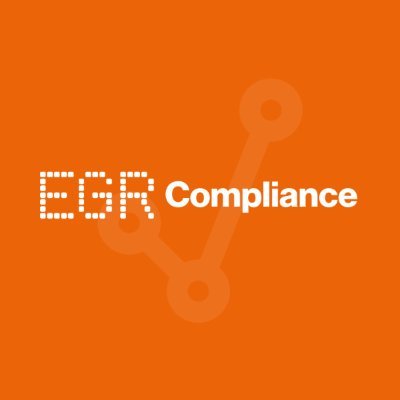