The Swedish gambling regulator also pointed out that tax revenue from gambling has increased 29% or SEK1.4 billion over the past decade. The revenue generated in 2017 by Sweden’s licensed gambling operators also represented a 4% rise from 2016.

Lotteriinspektionen is yet to publish its financial report for 2017, but according to the figures posted for the first three quarters of last year, Sweden’s regulated market was worth SEK12.5 billion in terms of revenue generated by all licensed operators. About the same amount was reported for the same nine months of 2016.

While Sweden’s regulated market may have not grown in 2017, the case was much more different with the country’s unregulated gambling operations. Revenue from unlicensed operators totaled SEK4.045 billion during the first three quarters of 2017, reflecting and 11% increase from a year earlier. In other words, unregulated operations accounted for a quarter of the nation’s whole gambling market.

Over the past several years, foreign operators and their products have grown in popularity among Swedish customers. According to a September 2017 report by Swedish consultancy firm Mediavision, around 61% of all new gambling accounts opened in the first half of 2017 were registered with international gambling companies.

While the fact that such operators often offer more attractive services and promotions for players is certainly one of the reasons why they are popular with local players, there is one more factor that has helped these companies grow their market share in Sweden. Mediavision has previously pointed out that such internationally licensed companies are among the biggest advertisers on Swedish television, spending millions every year to have their products promoted heavily.

Gambling-related ads across Swedish media were the subject of regulatory criticism late last year, when Lotteriinspektionen urged Swedish daily newspaper Metro to stop advertising foreign operators on its pages. The Swedish gambling regulator pointed out that the newspaper was thus breaching the nation’s Lottery Act, as the gambling companies were not licensed in the country. 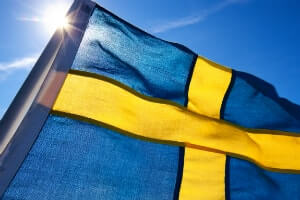