Top stories this month include: The publication of a City University London study about consumer protection in online gambling; the launch of EGBA's manifesto for a new policy framework for online gambling; EU online gambling - key figures 2017 & recent regulatory updates from several member states! Check it out here. 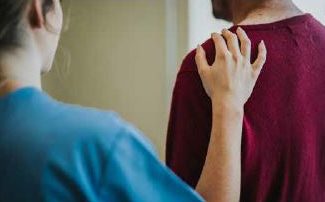 Responsible gambling tools are the focus of our last Online Gambling Focus of 2018. Digital innovations are changing the online world as we know it. And these changes are bringing with it new challenges– and opportunities – to protect players in online gambling. The development of mobile apps, artificial intelligence, as well as online self-exclusion registers, all have an important role to play in keeping players safe online. But these shouldn’t let us forget about more traditional and equally necessary tools, such as education and its role in raising awareness about problem gambling behaviour. In this edition we are pleased to have contributions from Miriam Dalli, a member of the European Parliament, and Paul Buck, CEO and founder of EPIC Risk Management.

Top stories this month include: The launch of our new website Interactive map about gambling advertising in Europe Belgium appointed lead in CEN workshop EGBA's speech about advertising at the Gaming in Spain event & recent regulatory news from several member states! Check it out here.