United We Stand: How The EGBA Is Working To Unite EU Regulations Under One Banner (Interview with EGR)

In a two-part Q&A, EGR Compliance chats to the head of the European Gaming and Betting Association (EGBA), Maarten Haijer, about the challenges of supranational gambling legislation and how the pan-European trade body is working to level the playing field for EU operators. (Source: EGR/EGBA) > Read more

Maarten Haijer: “We Need to Clean Up Our Act” (Interview with Focus Gaming News)

With regulatory changes afoot across Europe, Focus Gaming News spoke to Maarten Haijer, Secretary General of EGBA about how the iGaming industry must rise to the challenge. He noted that there were many challenges in jurisdictions that have traditionally been more friendly to the online gambling sector, including Spain, the UK, Denmark, and Italy, but that the biggest challenge faced by the industry was a question of public perception. (Source: Focus Gaming News) > Read more

Ahead of the publication of European Commission’s consumer strategy later this year, the Commission is consulting stakeholders on a roadmap to support the development of the strategy. In its submission to the roadmap, EGBA, whose member companies have 16.5 million online customers in Europe, outlines why the introduction of a specific single set of consumer rights for the online gambling sector would guarantee a high level of protection for consumers, increase transparency and legal certainty and lead to balanced and fair contract terms and an overall increased security for Europe’s online betting consumers. EGBA’s submission can also be found below. (Source: EGBA) > Read more

EGBA’s member Kindred Group works closely with a broad range of stakeholders to investigate ways to expand the responsible gambling field. We know that collaboration between researchers and operators can significantly enhance research in Responsible Gambling and we are eager to support and promote research in this area. We recently launched an online research library with an aim to share and highlight relevant pieces of research. We have spoken to well-known researchers in the field and will share their insights over the coming months, starting with Dr Jonathan Parke, Director at Sophro. (Source: Kindred Group) > Read more

The Bulgarian National Revenue Agency (NRA) has officially taken over responsibility for the regulation of gambling, after lawmakers voted to abolish the country’s dedicated authority, the State Commission on Gambling (SCG). As of 8 August, the SCG has been closed, and the contracts of the Commission’s chairman and members terminated. Regulatory power transfers to the executive director of the NRA, Galya Dimitrova, who may nominate a deputy to oversee the regulated market. All disciplinary or penal proceedings launched by the SCG will now be completed by the NRA, and all licence applications and renewals will be processed within six months of Agency taking charge of gambling regulation. (Source: iGaming Business) > Read more

Denmark’s gambling minister is developing a proposal that would make the country’s secretive gambling fines and penalties public for the first time. Penalties and warnings issued by the Danish Gambling Authority (Spillemyndigheden) are not currently public information, in contrast with other countries that have open licensing, including Sweden, the UK and Lithuania. Enforcement in Denmark also carries an extra level of secrecy because regulation is overseen by the ministry of taxation. But a tax ministry press spokesman confirmed to VIXIO GamblingCompliance that minister Morten Bødskov is developing a proposal that would lend transparency to sanctions as they are imposed. (Source: Gambling Compliance $) > Read more

Faced with mounting offshore gambling, Finland’s consumer agency has said the country must either strengthen or abandon its gambling monopoly, and the head of the state-owned operator agrees. An official from the Finnish Competition and Consumer Authority (KKV) told news outlet Taloussanomat that the country’s gambling market needs reform to stem unacceptable leakage to the black market. Economist Lasse Pöyry said the current system, which sees all legal gambling in Finland controlled by Veikkaus, is not doing enough to limit gambling harm. Pöyry said the current model should either be replaced with an open licensing system like those in nearby Sweden and Denmark, or greater efforts should be made to shut out offshore operators. (Source: Gambling Compliance $) > Read more

France: All change in France

France’s regulated igaming market is 10 years old this year and along with the UK and Italy, it could be described as a pioneer of sorts when it comes to Europe’s regulated markets. After all, of the major European countries, they were three of the earliest to have licensed igaming activity within their borders. France’s regulation in 2010 came amid some fanfare and was followed with enthusiasm by the business, political and media sets in the country. The mood among operators quickly soured, however. The loud and persistent complaints about heavy taxes on turnover or online casino not being licensed led many of them, big and small, to close down or throw in the towel. (Source: iGaming Business) > Read more

German gambling is on the brink of a revolution. From July 2021, regulation will come into force that will allow the registration of an unlimited number of sports betting providers, virtual slot machines and online poker games. A limited number of online casino game providers will also be permitted. This reorganization of German gaming regulation is the result of a treaty between federal states and is subject to their individual discretion and defined limits. The treaty represents a compromise between these states, which include opponents of private gambling markets. It therefore contains restrictions on the design of the various products, as well as their advertising. (Source: POLITICO) > Read more

The European Commission has extended the standstill period in place for Germany’s revamped gambling legislation, while a number of stakeholders have flagged a range of concerns with the proposed regulatory framework. The standstill period now comes to an end in September, after Malta submitted a detailed – but as yet unpublished – statement on the Glücksspielneuregulierungstaatsvertrag (GlüNeuRStV). The legislation, which was notified to the EC in May this year, sets out a more expansive regulatory framework than the previous State Treaty on Gambling, which looked to restrict the online market to sports betting. (Source: iGaming Business) > Read more

Maynooth University have published a working paper on the first stage of a research project, which involved desk research examining the international literature on gambling and putting emerging trends in Ireland into an international perspective. The work is being funded by the Gambling Awareness Trust and the next stage of the research is to seek input and expertise in providing a stakeholders perspective on trends, approaches and responses to gambling in Ireland, and the impact of COVID-19. (Source: Maynooth University) > Read more

Italy’s DP-5Star coalition government has moved to restructure the leadership of federal advertising and communications agency AGCOM by confirming the appointment of Giacomo Lasorella as new President. The appointment of Lasorella has been branded as a further coalition victory for the ‘anti-establishment’ 5-Star Movement, as he maintains a close friendship with Italian Foreign Affairs Minister Luigi Di Maio. (Source: SBC News) > Read more

The Malta Gaming Authority (the MGA) and the Dutch Kansspelautoriteit (the Dutch Gambling Authority) have entered into a Memorandum of Understanding (MoU) for the purpose of enhanced cooperation between the two authorities. Thanks to this MoU both authorities will be supporting each other in the sharing of best practices and information in support of their responsibilities at law, whilst also engaging in discussions on policy matters of interest. Both authorities stand to benefit from this MoU, since they share the common objectives of preventing criminality, making sure gaming is fair and transparent, and also protecting vulnerable persons against gambling addiction. (Source: Malta Gaming Authority) > Read more

The Dutch Government has submitted further details of its upcoming remote gambling legislation to the European Commission for comments from interested parties and stakeholders. Stakeholders will be able to offer feedback until 13 November, when the European Commission must decide whether the legislation is compatible with European Union law. The legislation includes further details of technical standards and record-holding and reporting requirements for licensees. In addition, it details the intervention measures a licensee must take when a player is showing signs of problem gambling. (Source: iGaming Business) > Read more

The parent company of TV channel Eurosport is challenging pending legislation in Norway that will allow for tough enforcement of the country’s offshore gambling advertising ban. Norwegian TV company Discovery Communications Nordic launched legal action in early July to block amendments to the country’s Broadcasting Act, it has emerged this week. Maarten Haijer, secretary general of online gambling trade body EGBA, said he sees the advertising dispute as the latest symptom of Norway’s old-fashioned monopoly model. “We would like to see Norway join the rest of its European counterparts in adopting multi-licensing regulation, rather than trying to invent ever more restrictive measures, including on advertising, to try to prop up an online monopoly system which will inevitably fail,” said Haijer. (Source: Gambling Compliance $) > Read more

The European Commission is to run the rule over Norway’s revised gambling legislation, that looks to unify the country’s Lottery Act, Gambling Act and Totalisator Act, while maintaining Norsk Tipping and Norsk Rikstoto’s monopolies in the market. Notification to the EC comes after the Norwegian Ministry of Culture in June launched a consultation on consolidating the country’s gambling laws into a single piece of legislation. While that consultation is due to run through to 29 September, the notification (12 August) means the legislation is subject to a standstill period running until 13 November. (Source: iGaming Business) > Read more

Sweden’s Gaming Inspectorate (Spelinspektionen) has had its say on the prospect of central register to enforce deposit limits across all licensees, after admitting there was nothing to stop players spending beyond the SEK5,000 (£474/€484) online casino deposit cap. In its final update on the regulated gaming market’s performance during the novel coronavirus (Covid-19) pandemic, Spelinspektionen revealed that online betting and gaming revenue rose 5% year-on-year in June to SEK1.17bn. Svenska Spel’s lottery and gaming machine revenue was up 11% to SEK428m, while restaurant casinos’ contribution declined to SEK10m. (Source: iGaming Business) > Read more

The Betting & Gaming Council (BGC) noted that its members’ voluntary suspension of TV and radio advertising during the COVID-19 pandemic lockdown was coming to its scheduled close. Ad spots already booked for this period that couldn’t be cancelled were replaced by safer gambling messaging or donated to charities. The BGC, which represents the UK’s major gambling operators, said that its members had agreed to “ensure that at least 20 per cent of all advertising on TV and radio will be safer gambling adverts.” (Source: iGaming Business) > Read more

The BGC has announced a series of new measures in an effort to reduce the amount of online gambling adverts seen by under-18s in the UK. The new requirements, which will be added to the sixth edition of the Industry Code for Socially Responsible Advertising, will require all BGC members to ensure sponsored or paid-for social media adverts are targeted at consumers aged 25 and over, unless the website can prove the ads can be targeted at over-18s. (Source: iGaming Business) > Read more

Sign up here to receive our newsletters direct to your inbox. 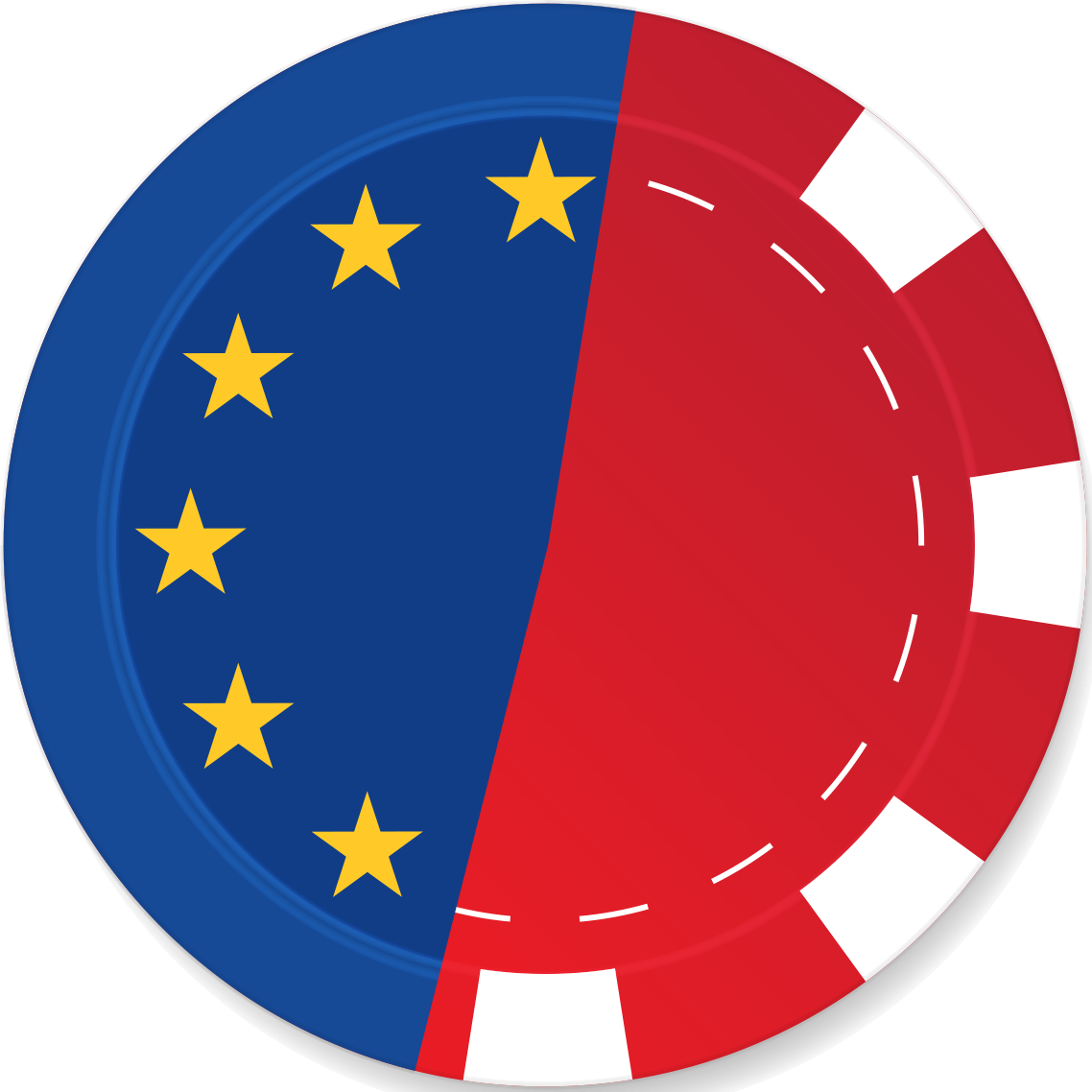